Help identifying this chord with many accidentals

Can someone help me identify the chord in the second-to-last measure? For reference, the piece is in the key of C# minor. 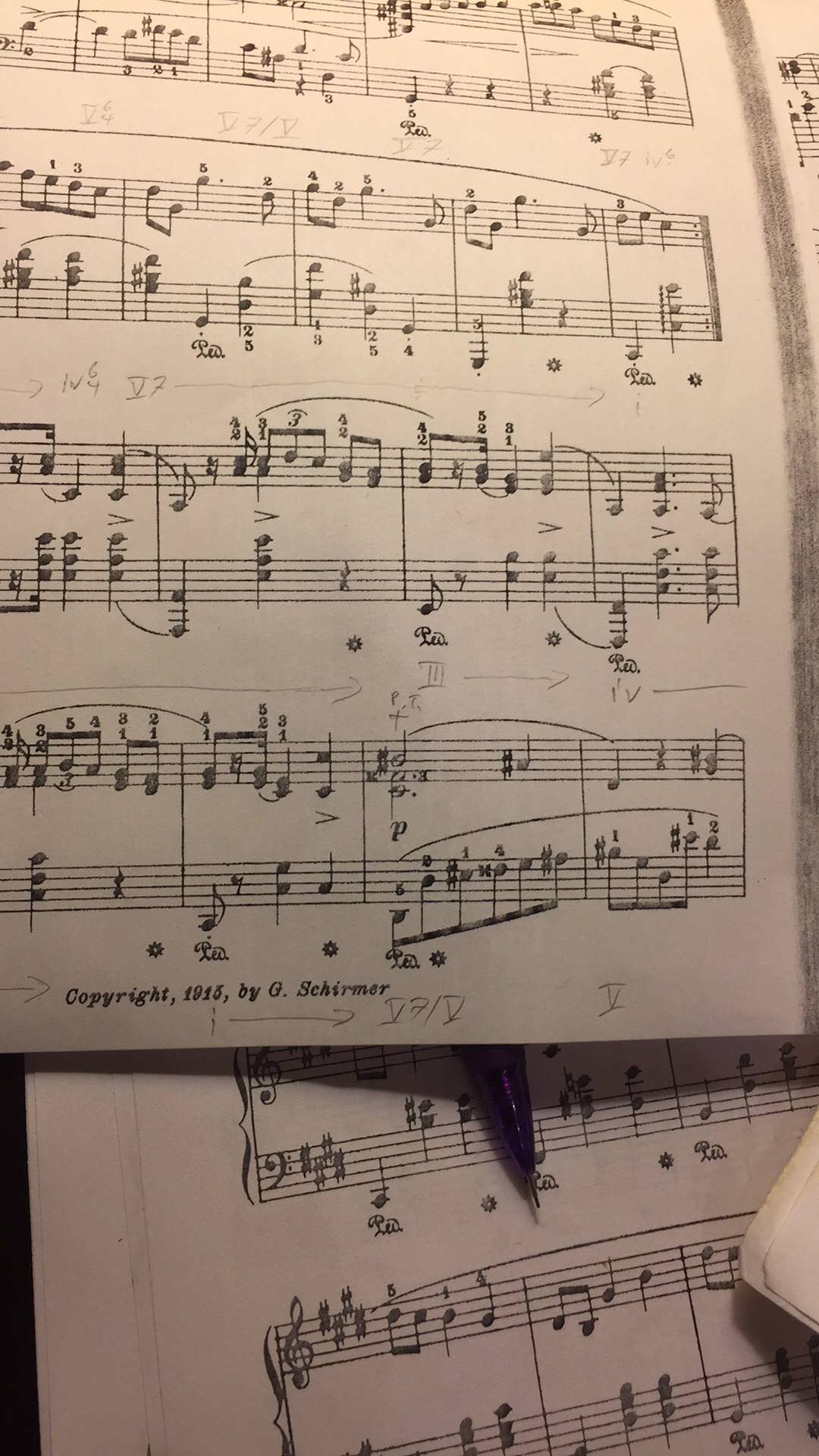 As Pat's comment shows, your analysis of V7/V is correct.

In other words, this is a D♯7 chord, meaning that the E♯ and G♯ in the bass are non-chord tones (passing tones, more specifically). What's especially tricky about this chord is the B♯ on the downbeat in the right hand; this is also a passing tone, but it's accented (=on beat one) and lasts twice as long as the chord tone A♯.

Returning to the V7/V analysis, this means that it's actually the V7 of the next chord, which is G♯.

An easy way to spot V7/V in the future is the use of the raised fourth scale degree. Here, that pitch is F𝄪.

I agree this is a V7/V chord. D# major is kind of a made-up chord not found in nature (it doesn't exist in a regular scale due to the F double-sharp.) But it exists theoretically, as seen above. It certainly would look better as an Eb chord, but since it leads to the G# chord, theoretically it makes more sense as a D# chord. The B#, E#, and G# are all accented passing tones.

Not the answer you're looking for? Browse other questions tagged theory chords chord-theory harmony or ask your own question.

3
Identify the chords
0
Finding Roman Numeral Degree of Measure with Accidentals
11
What is the name of this chord? D Eb A
0
Help with Mozart 6 bar long chord progression?
3
Identifying chords with multiple extensions
1
Identifying this chord (Fb Db F?)
3
How is this chord from Liebestraum No. 3 analyzed?
1
In the key of Eb, need help identifying chord, F Ab Bb Eb